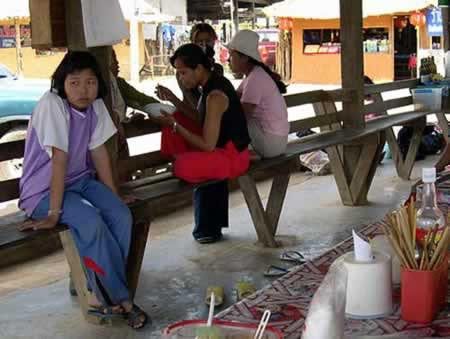 In the Thai border town of Mae Aw, people from the nearby Burmese Shan province drop by to shop. They brave a rough trek of a couple of hours — over the mountains — hiding from the Burmese army. Once here, they buy, pack their merchandise, have lunch and rest a little. Then loading the packs on their back they march off again.

Most people here are descendants of former KMT soldiers. They fled China after losing to the communists. Many from here have migrated to Taiwan.

A short five-minute walk from the Taipei metro terminal station of Nanshijiao lies Huaxin Street. It is here, nestled away in the concrete jungle that makes up Zhonghe District — one of the most densely populated parts of the planet — that Taiwan’s Burmese population has settled over the past several decades. The roughly 40,000 Burmese immigrants that now call Huaxin Street and the surrounding area home constitute one of Taiwan’s largest immigrant populations.

The golden lotus I was browsing a book shop in Malaysia and look what I found. The Golden Lotus (Jin Ping Mei) describes amorous adventures of a wealthy merchant.

Made in India, in China While most places are flooded with “Made in China” products, one country that is scared of “mass-influx” of Chinese goods is India. India has a