What is the Vietnamese word for 差不多？I was just commenting yesterday at an old Asia hand’s post that some experiences in Vietnam remind me of time in China in the early 2000s. Today I walked into a neighbouring hairdresser to get a shave. The girl did not have a razor, but that did not stop her, she just unpacked a safety razor blade, wedged the blade between her fingers, and went on to give me a shave.

In 2002, I was at the Indian consulate in Shanghai, renewing my passport, and I realized that I needed a clean shave for a new photo. I walked into a small saloon in the next building. The girl there too, made short work of my facial hair with bare fingers and a blade. The girl later told me that I was the first male customer who had walked in asking for a shave. In China, people always welcome a chance to make money. 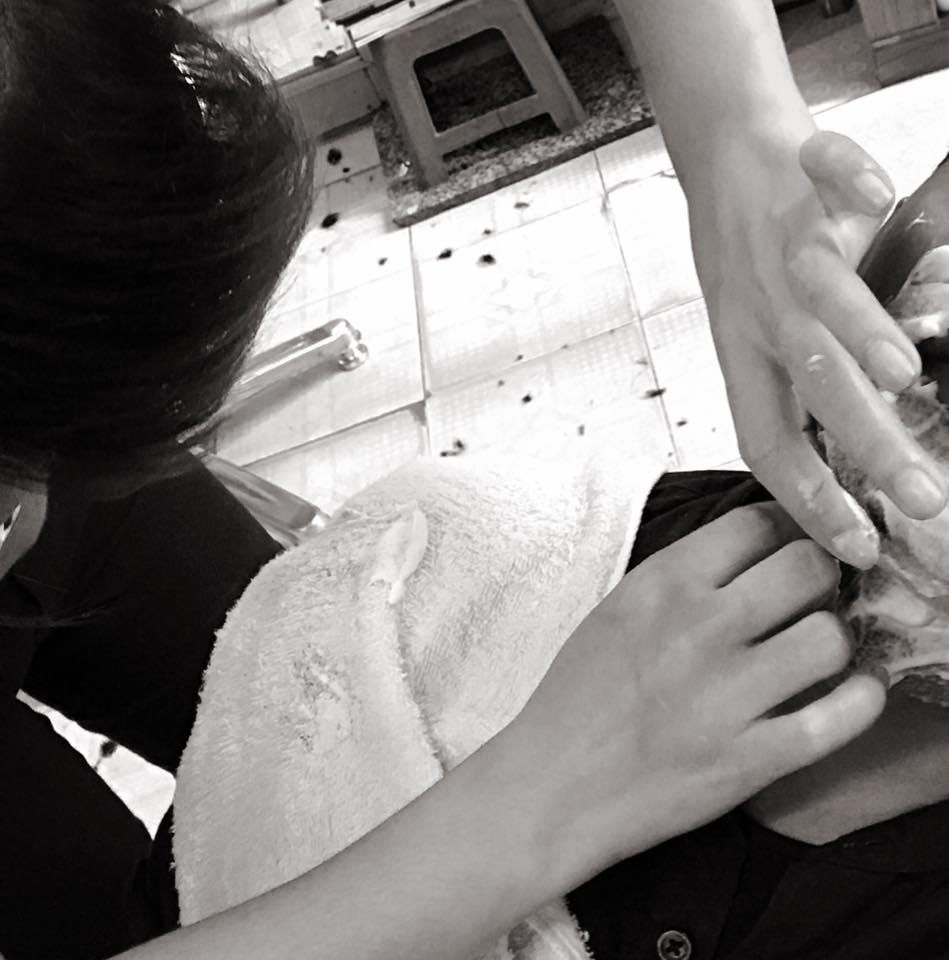 What am I doing here; close shave in Shanghai

A girl called Brown Tags: Travel, People Back in 2011, I was in Singapore preparing for an education conference. I lost the keys to my rented apartment. The landlord

Eating bugs in Yamanashi, Japan イナゴ食べた。In the future, we will eat many such food. Inago is Japanese for locust. This dish is from Yamanashi prefecture. It is prepared by boiling