The Attic, memoir of a Chinese landlord’s son

In China, I always ask my friend’s parents about the life in the 1950s, the 60s and the 70s. I love looking at old photographs from those days.

I am reading “The Attic” by Guanlong Cao. He talks about his growing up in China after revolution. I would recommend this book to anyone interested in the post 1945 history of China. You read about events unfolding from the point of view of the family. Interesting are author’s description of Shanghai street markets.

The Sikhs had been brought to Shanghai by the British during the colonial times, primarily to serve as gate watchman. After the revolution their quiet personalities carried over into their new, meager business. Off in a corner of the market a tall gloomy Indian crouched beside the hind leg of his horse. A huge white turban rode above a pair of deeply socketed eyes. Patiently he waited for a rare customer to come over for a cup of freshly squeezed mare’s milk. As a ritual some mothers like to feed their newborns a few spoonfuls of horse’s milk. They believed that the galloping speed of the horse would boost the quickness of their babies’ mind.

And now we are hungry.

In Shanghai of today, it is hard to find any physial artefact of the Sikhs from those days. But down in Shamian Dao in Guangzhou, I found a building that had a plaque informing us of the small Indian contingent that included some Sikh policemen. 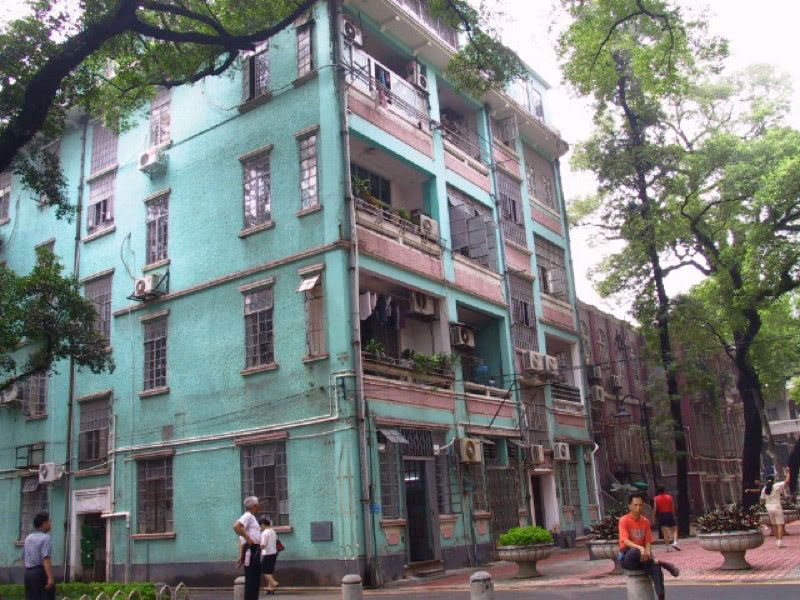 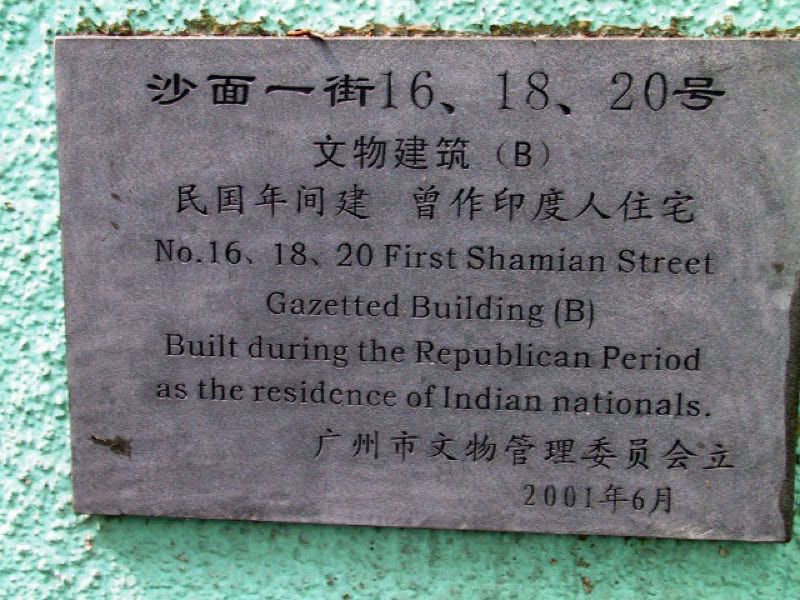 Why must we buy China’s food That’s the tagline of one our young friend from Korea. He is angry over some remarks that China made about the historic Korean kingdom that included