I have no TV at home, so most TV watching I do is when I am travelling. I like watching the ads. Most of the ads in China are about medicines or supplements. One night in Chengdu I was tuned to CCTV9, the English broadcast of Chinese state television. I found this story. I did not know that there was a yeti like “wild man” or yeren in Hubei province too.

These guys were driving along the highway when they spotted something strange. CCTV takes them back to the site and recreates the story. 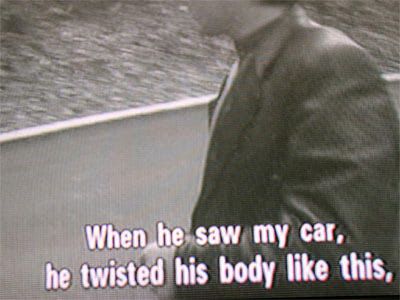 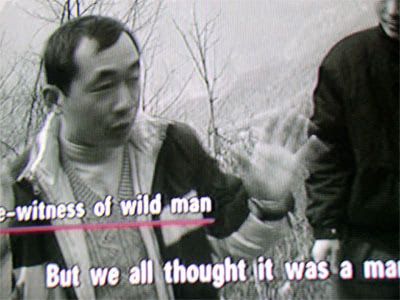 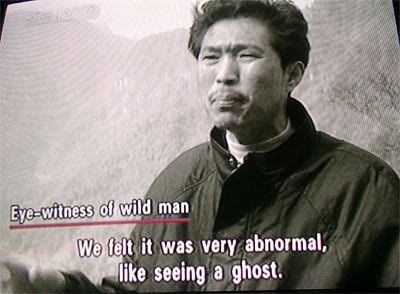 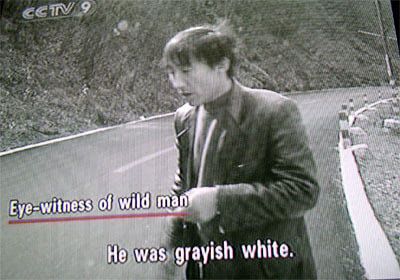 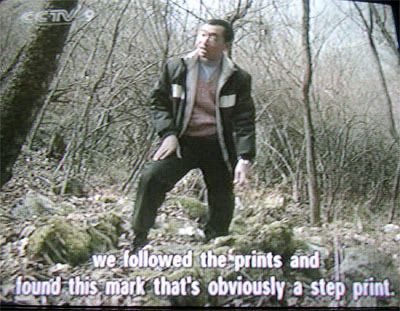 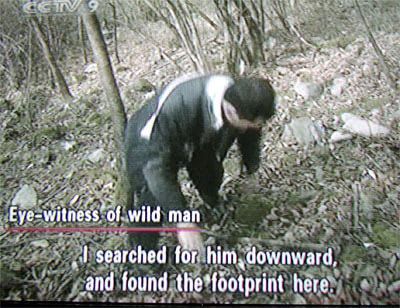 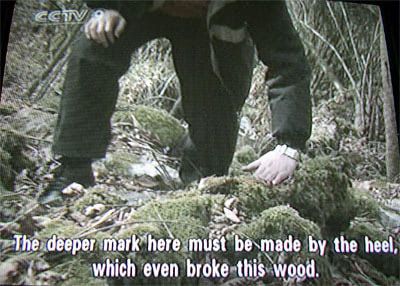 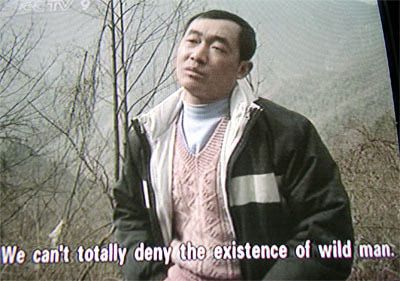 Did some google and found this

TRACKS of the “wild man” (the Chinese big-foot or yeti) have been found again in Shennongjia in Hubei Province, where people saw a human-looking animal walking on the highway, according to the China News Agency. The area is famous for reported sightings of “wild man” tracks. But there is still no definite proof of the existence of such an animal. Now experts are launching a fresh investigation there.

Eating cute things There is this one special person that I am happy to see in Chengdu, Luomin always has an interesting place to show to me. We went to try some