I spent a week in Fiji running a workshop. At the end of the classes, I was invited to attended a Kawa party. Kawa comes from the root of a pepper plant. The roots are dried and then crushed into powder form. Kawa is prepared in a large wooden bowl. The bowl is filled with cold water. The powder is suspended in a fine cloth and allowed to strain in the bowl. 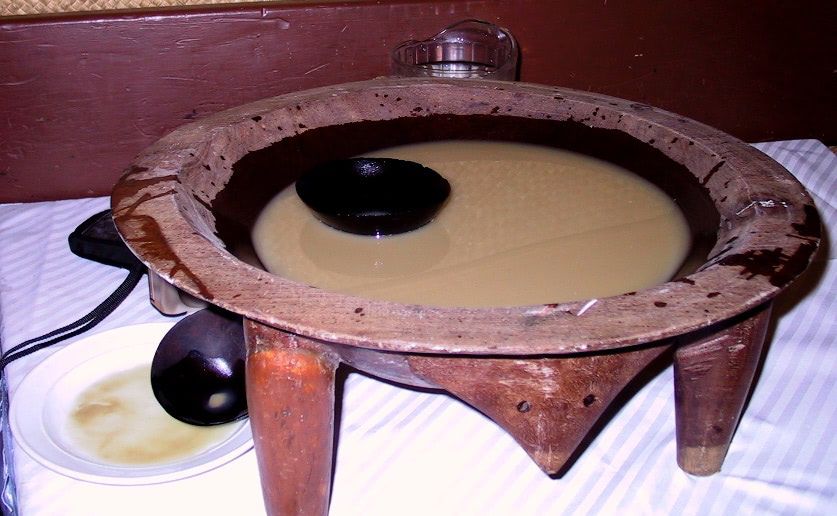 The guest always gets to try the first drink. You have to scoop it out with a smaller coconut shell bowl. It tastes like mud with a slight hint of pepper. The same bowl is then passed to the next person. 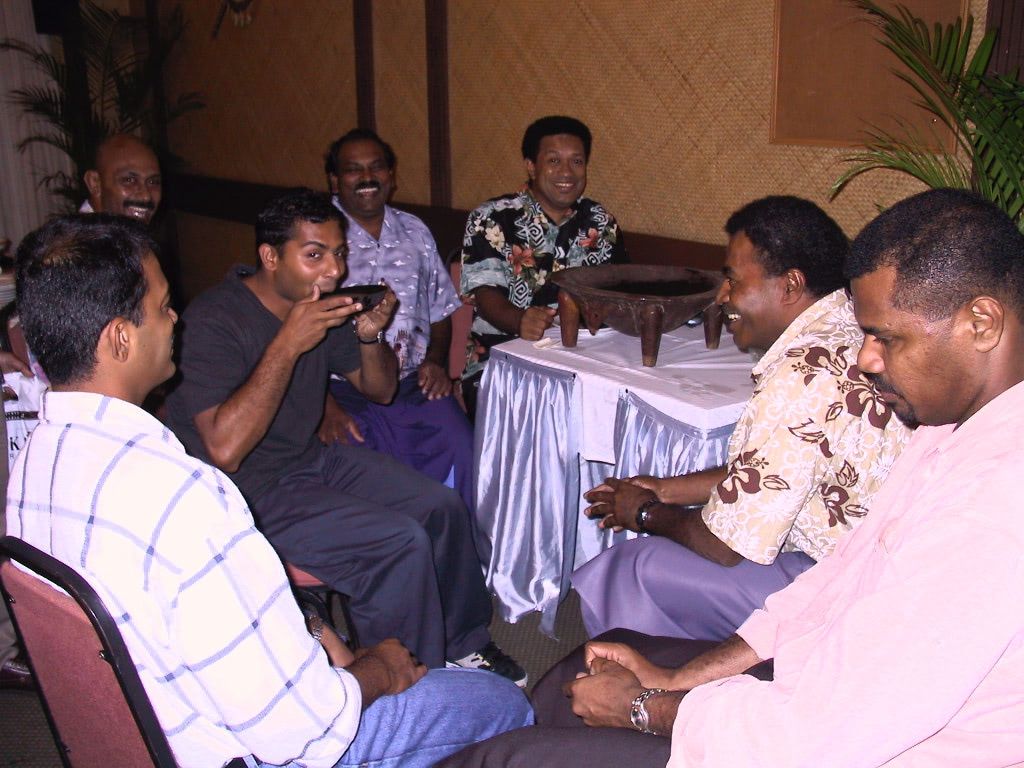 Kawa is non alcoholic but it does make you feel relaxed.

A few days later, I went to Tonga. In Tonga, I bought a shirt that was dyed in Kawa. The logic being that kawa particles would slowely get absorbed by the body and this would make you calm and peaceful.

A song for every person you meet The other day, I met a Diane. I had “Oh Diane” (by Fleetwood Mac) on my iPod and I played it for her. Diane had never heard that song. It amused

To the end of East (in Tonga) I spotted this road sign in Nuku’alafu, Tonga. Some things really are upside down in the southern hemisphere. In Suva, there is nothing much to do